The National Center on Elder Abuse defines Financial or Material Exploitation as:

The illegal or improper use of an elder’s funds, property or assets.

The Center lists the following warning signs and symptoms of exploitation and other forms of financial abuse:

Sudden changes in bank account or banking practice, including an unexplained withdrawal of large sums of money by a person accompanying the elder;
The inclusion of additional names on an elder’s bank signature card;
Unauthorized withdrawal of the elder’s funds using the elder’s ATM card;
Abrupt changes in a will or other financial documents;
Unexplained disappearance of fund or valuable possessions;
Substandard care being provided or bills unpaid despite the availability of adequate financial resources;
Discovery of an elder’s signature being forged for financial transactions or for the titles of his/her possessions;
Sudden appearance of previously uninvolved relatives claiming their rights to an elder’s affairs and possessions;
The provision of services that are not necessary; and
An elder’s report of financial exploitation.

Source: The National Center on Elder Abuse, Administration on Aging 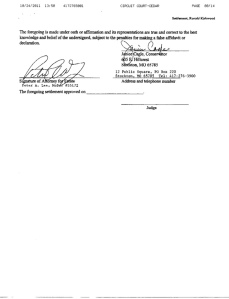 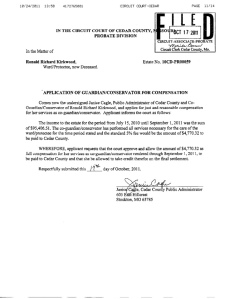